Whether people have tattoos or not, it seems that everyone likes talking about them: What they have and their plans for the next one, or what they’d do if they ever took the plunge.

It’s easy to see why tattoos are such a conversation starter: They tell your story. But if your story changes, do you have to keep wearing it? For many, the answer is yes because of the painstaking removal process. But that’s all changing.

Embellish PB is excited to offer Tatt2Away, a fundamentally different kind of tattoo removal. With Tatt2Away, tattoo removal begins the same way that getting tattooed does: with a needle. Not with a laser.

How Does Tatt2Away Tattoo Removal Work?

Tatt2Away’s patent-pending equipment uses a needle bundle and TEPRSOL® technology to un-tattoo inked skin. The process begins with a trace taken of your tattoo to create a pattern. The needle bundle, attached to a TEPRSOL® pump, traces over the pattern, removing superficial sublayers of skin surrounding tattoo ink. This causes dry scabs called Eschars to form.

Over time skin starts to repair itself, replenishing dermal and some epidermal layers, which naturally push the Eschars up and out of the skin until they eventually fall off. This usually happens in two to three weeks. During the initial healing phase you’ll experience inflammation resulting from a thinner epidermis
(it causes extra water loss), but this is temporary and normal. After about 12 weeks, the skin is healed, clear and ready for another treatment.

The number of treatments necessary for total removal varies depending on the size and placement of your artwork. Most tattoos can be removed in three to five treatments.

As much as people enjoy talking about tattoos, the conversations around tattoo removal often sound the same: Tattoo removal is super-painful and expensive over time, and there’s no guarantee that your tattoo will even disappear completely. Tatt2Away technology is relatively painless, cheaper over time than laser removal, and likely to remove your ink completely in less sessions than the average laser removal requires. It’s also safer for the body. Let’s explore all of
this more closely. 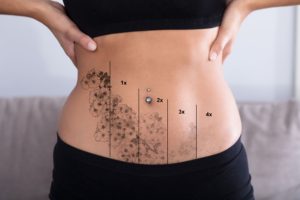 Removal Methods
These styles of ink removal work in fundamentally different ways. Lasers use heat to scorch the ink beneath the skin. Tatt2Away removes ink from the skin, which makes it much more effective than lasers – especially when it comes to removing colored tattoos. 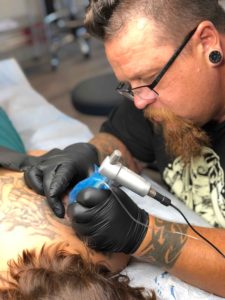 Using a laser is a color-centric removal process, which means that different colors of ink respond to different laser wavelengths. On top of that, each unique color needs multiple sessions to be removed, so a piece with multiple colors can easily require tons of sessions – and there’s still no guarantee that colors like purple or green will ever disappear completely.
Tatt2Away works the same way regardless of ink color – it’s “colorblind” – which means that a colorful tattoo is removed in the same number of sessions as a black one.

Non-laser removal makes cover-ups easier, too. Traditional removal restricts the artist – and the client – to the “bigger and darker” cover-up method. Laser-free removal means that the old tattoo can be strategically removed and lightened so as to incorporate seamlessly into a new design, even one that may be lighter in color. All of this is important to consider when thinking about cost over time.

At $100 to $250 a session, Tatt2Away sounds pricey compared to laser sessions, which can cost less up front (this can depend on the size of your tattoo – some local shops charge more per session for larger pieces). However, even the newest and most expensive lasers still only target ink by color, so you’re still looking at a longer, pricier and more painful road to clear skin with this method.

After a round of Tatt2Away treatments, tattoo ink is pushed up and out of the skin. After a round of laser treatments, it’s the opposite: Ink is broken into tiny particles and sent off into the body, to eventually be processed by the lymph nodes and liver.
Tatt2Away shares the possible health effects of this in a chilling excerpt from Bernadine Healy’s U.S. News article, “The Dangerous

Art of the Tattoo”:
“Chemists from several laboratories, including the government’s National Center for Toxicological Research, have identified low levels of carcinogens in tattoo ink. But the laser removal process, which demolishes the pigment by scorching it with heat, triggers chemical reactions that generate carcinogenic and mutation-inducing breakdown products, which are then absorbed by the body.
Recently, German scientists reported that concentrations of toxic molecules from red and yellow pigments increased up to 70-fold after laser irradiation. And the bigger the tattoo, the greater the toxic release.”
– Bernadine Healy, M.D. – The Dangerous Art of the Tattoo
“Carcinogenic” and “mutation-inducing” mean that laser removal has the potential to increase the risk of developing cancer. If you’re thinking about tattoo removal, this is an important point to consider.

Tatt2Away claims that their method hurts about as much as getting tattooed does. The sensation of having a tattoo removed by a laser “has been compared to having hot bacon grease dripped on your arm, or having a rubber band snapped repeatedly on your skin – from the moon. Because of this, combined with the cost and the number of treatments for results, many people never finish their laser treatment plan”, Tatt2Away notes on their site.
Tatt2Away also takes less effort to maintain and less time between treatments. Since laser tattoo removal uses heat to scorch the skin, it often leaves what looks like a burn behind. Laser patients are instructed to treat the treated area like they would a burn, with bandages and antibiotic ointment. Recovery time between
treatments is also shorter with Tatt2Away at only 3 to 5 weeks; laser requires 8 to 12 weeks.

Of course, there are other methods for removing tattoos besides 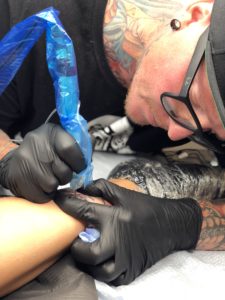 lasers that are equally painful, like dermabrasion – a process of scraping and sanding away layers of skin. There’s also salabrasion, which involves a salt solution that’s then heated and scraped away. Surgery is an option for some small tattoos, but usually leaves the skin significantly scarred – in fact, scars are the most common side effect of getting tattoos removed, including laser removal methods. Tatt2Away, in contrast, promises less pain and little to no scarring left behind.

Of course, tattoos are supposed to be permanent, but our preferences are certainly subject to change. With Tatt2Away, if your story changes, your art can too.

We’re excited to be one of the only tattoo shops in San Diego with artists certified to use this groundbreaking special equipment. Got a tattoo you’re thinking about removing? Drop us a line for a free consultation. 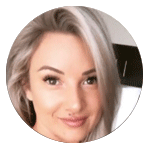 I went to Christina to get my microblading done for a second time. My first experience was at a different salon and was extremely painful, uncomfortable, and I never wanted to go back. Christina assured me it would be a much more positive and pleasant experience and she was right. She was very patient with my sensitive skin and numbed me until I felt comfortable proceeding. I loved the end result, they came out very symmetrical, and the process was nearly painless. I won’t go anywhere else besides Embellish PB for touch ups moving forward.